ChristIan Kroupa talks about Slovenia and his unconditional love for music. From Logatec to Tokyo for Red Bull Music Academy 2014 edition where he was part of a great roster alongside Palm Trax, Alejandro Paz, La Mverte, Lafandwah, Mumdance, Larry Gus and many more! 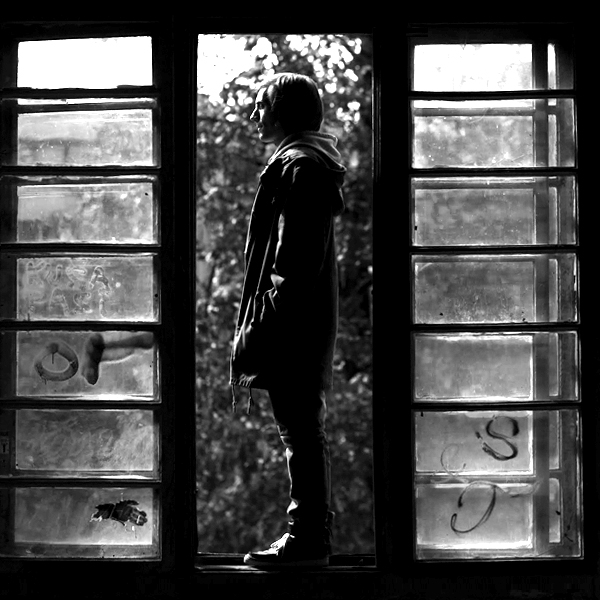 START. Introduce yourself and your project, where are you come from, and what you do.

So, if I introduce myself… My name is Kristjan Kroupa, though I’m writing music, making tracks, under the name of Christian Kroupa. Usually I write more techno, house oriented stuff. But it can also be something more ambient, experimental. Just depends on my mood. Ow, and yeah… I’m currently based in Logatec, Slovenia. Basically, the place where all the magic happens!

INNER CITY. Tell us about the city where you live and the spot you love the most. Also, a good music/record store, a good place for clubbing, and your favorite shop.

There is not a lot to talk about Logatec. It’s quite a small place, with about 10000 people, 30 kilometers outside of Slovenia’s capital, Ljubljana. I don’t really have a spot in Logatec, I would love the most. It’s kind of cool, that is a small place, cause you really close to the nature, forest. But I guess, my favorite spot is my room, where I’m making my music hehe. Now and then, I love to spend some time in a local Pub, named Navigator. Yeah… I used to be much more nature type of a man. Now I’m spending much more time indoors. So when I said, there isn’t really a lot to talk about Logatec… I meant, we don’t have a record shop, not a good one, not a bad one. None. Neither a place to go clubbing. I don’t have a favorite shop here, cause we only have just Grocery stores hehe. Actually, the whole Slovenia, doesn’t really have a record shop. You have some in Ljubljana, which are selling, trading old records. And that is quite a bad thing. Cause you can’t really get exposed to some really cool stuff and the music, DJ culture itself. You basically know, just what you see on the TV, or read, hear on the radio, web. Especially youngsters… how will they exposed to some stuff, they don’t even know it exists. Maybe by miracle, through older people. As I said. No places for clubbing either. From this 10000 people, which live in Logatec, about 9500 don’t really care about music, so the clubs would be empty. But yeah… the question why they don’t care about music, is another thing. Probably the same as the youngsters, that I mentioned. You can’t get exposed, which mean, you don’t get fascinated by the music or other Art as well. It doesn’t move you.

LET’S KIDS KEEP DANCING. What was you first “dance” love? The one that took you away from whatever you were listenings to and brought you to what you listen to and do now. Do you still love it?

Hmm. I quite enjoy electronic music in the early years. I’m 25 now, but I started listening to electronic music, when I was like 7 years old. Every time we went somewhere with my parents, we were listening to cassettes in the car. From Kraftwerk, Depeche Mode, Jarre, Vangelis, Ultravox and others. Even the radio stations used to play more stuff from the 80’s and  even POP music was better at that time. So I was just “eating” all the music, asking my father about the tracks; “what’s that band”, “where do they come from” and so on. But now, especially my mom, she only listens to some commercial radios, while driving. Need to burn her, some CD’s with my music.But to answer about my first more serious contact… I think it was The Prodigy- The Fat Of The Land. I have an older friend, who bought this album in 1997. And when he played it I was just stoked. Then he copied the CD to a cassette, so I could play it in my walkman. And after that I just started getting exposed to more and more music. But the real breakthrough came in about 2007, when I started listening to drum & bass. I just went to a club, with my friends. And suddenly I heard the music and just loved it. And after that, I started checking through the web, how to make d’n’b, which software to use and so on. So this was the point, when I started making music or at least try hehe. Drum & bass is still the music which I really love. But more, the older stuff… from Photek to Source Direct, Goldie, … Ow and yeah. Still adore music from the 80’s and album The Fat Of The Land as well.

ELEMENTS OF LIFE. What’s your favorite spot for relaxing, where you can find yourself. Just a weekend or a vacation, near or far.

I can easily say, I can find myself, while making music in my room. Though, I used to relax myself much more, through sports, like playing football, riding a bike. But then the music just got more and more serious and I just decided I need to focus my time more and more on that. But I like hanging outside, relax, more in the summer. We have a beautiful lake here in Slovenia. Is called Bohinj. It is close to Lake Bled, which is more more known to foreign people. But Bohinj is really a true treasure. Every summer, we go there for a few weekend with my friends and just hang there, swim, eat good food, drink cool booze. Just perfect times. But I also love the Croatian seaside. Some of their islands are just excellent. Island Korčula is perfect for me. Just the right combination of tourists, bars, clubs and peace on the other side. But my favorite spot, where I’ve been, until now, was Tokyo, Japan. Just opened my eyes, what travelling, other culture, is all about.

NOW&FOREVER. Track and/or album that you never get tired of listen to.

Is this a question about a track, an album, that I play on repeat? If so… I have some favorites yes. One of the albums would be The Cure- Disintegration, I just love it. Violator, Ultra, Songs Of Faith And Devotion are the albums I listen to a lot… all from Depeche Mode of course. Then, we have DJ Shadow- Endtroducing. I’m a big fan of him and I play this album a lot, usually weekdays, just before I go to bed. Just gets me in a state of mind, where I start asking myself philosophical questions hehe. I also listen to The Best Of Joy Division album… can’t really get enough of it actually. And of course… Goldie- Timeless. What can I say. The album names says it all. TIMELESS.I have some favorites songs as well. Track Motive and Drawing from Marcel Dettmann are just fabulous. Another Land from Medio Mutante is another track I love. Or NYC from Interpol. But I should stop here. Cause if not, I could just go on and on hehe.

CAN YOU FEEL IT? What’s your relationship to the “classics”? Do you like to revisit music from the past 3O years, just for inspiration or do you feel you’re doing something totally new?

I really adore classics. Not in a sense I would try to recreate them. But yeah, they are just timeless. I love listening to them, playing them. So, sometimes I’m really keen on listening to classics, picking up inspiration from them, but sometimes I’m more into something new. Though I think that a lot of stuff that I do, has something to do with the past. Kind of a subconscious inspiration. Don’t really try do to music from the past. I just want to do, what I feel like doing. But anyway… I just care about the music, if it is old, if it is new… don’t care. If it triggers my feelings, then it is okay. That is important.

IN THE END. What does music gives you? Job? Emotions? Does it bore you sometimes or is it an important part of your day?

Firstly and most importantly, the music gives me freedom to express something, that needs to come out of me. I become depressed if not making music, writing tracks. I love doing it and have the need of doing it. And it is basically the only thing I’m making, most of the time, everyday. It doesn’t really become boring. But it can become depressing… cause u have some ideas, or sounds in your mind, but you can’t really put them out or you are just searching for the right sound, but you don’t find it, or you lack inspiration. But eventually, all of this fits together and you better be there, when it does and press record. So yes… music is the most important thing in my life. But it is not a job. A career more, where u’re paid to play gigs and perform. Not really paid for written tracks.

O’TIMES. What are the signs of these times?  Which do you like and which do you hate?

Like these times- these days in which we live now? Hmm… I would say that humans will be humans. That we, don’t actually learn from the history. We can see that, the system in which we live in, isn’t doing us a favour. It just keeps us in the materialistic, individualistic zone, where there is no space for humanity, equality and loving each other. We can see what is happening now, when the refugee crisis is taking its place. The hate, mostly within the middle class started coming out and they feel frightened because of the refugees. When they and we, should really get angry towards the guys, who are so called our leaders.  But they don’t care about us. And yeah… the most important thing for us is, that we need to remember, that we have much more in common than we think we have. So yeah… these are the things, which I hate. But then again, who am I to judge. But yeah… these times have a lot of cool things as well. Everything is easily available on the web. It is easier to get in contact with labels, other producers, to share your music. The whole World just became a smaller place, with this digital development. So yeah. I guess I wrote more about the things that I hate, than the things that I like. But nevertheless… we just need to keep the love alive and we will be fine!